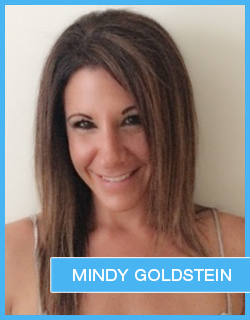 Mindy is a passionate and energetic yoga practitioner. She spent her life as an athlete, a gymnast and was into personal training for years. She discovered yoga from a friend who thought it would be beneficial to dealing with some life issues. Once Mindy started the practice of yoga, she began to realize how transformative it was and still is. Not only had strength and flexibility become larger than ever before, Mindy began perceiving the world through a completely different mindset.

Mindy moved to Florida in October of 2014 and quickly immersed herself in the yoga community of South Florida. Having lived in San Francisco, Chicago, Detroit, Charlotte and now Coconut Creek, Mindy has practiced yoga all around the U.S. Mindy also did a week-long yoga retreat in Nosara, Costa Rica 4 years ago. She feels empowered by community, energy and artistry in its various forms. Music and dancing are also extreme passions of hers.

Yoga has become a way of life for Mindy and she has spent years developing the skills to take her yoga “off the mat” as well. Yoga has been a fantastic tool and practice to help her through many phases of life. She has always felt the need to help people, give back and show others the benefits that yoga can have; physically, mentally and spiritually. She is honored and humbled that NamaStacy Yoga Corporation® has given her this chance to continue to make a difference; paying it forward, one yogi at a time!