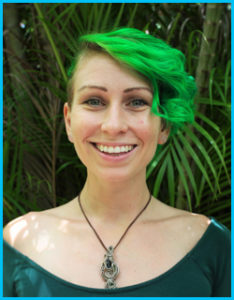 Having moved from the Midwest as a young teen, Mary Cabral found Florida to be home. She was born into a family of fitness-oriented parents, her mother being an aerobics instructor and her father a gym-rat who loved lifting competitively. Initially, Mary pursued running, enjoying the tranquility and connection to self while spending time outdoors. After countless minor injuries, she began looking for other outlets to stay fit. Yoga quickly became that outlet. After practicing for a few years, she attended the 200hr Hot Fusion Flow training and Empower Movement at The Yoga Joint in addition to completing a Trauma Informed Training through Connection Coalition.

Once she became certified, she began teaching right away. Her classes focus on aligned classic yoga postures with a modern day twist. Classes are always accompanied by an upbeat playlist and encouragement to keep you going. The class offers different variations of each pose to build strength and stamina at any level. Outside of teaching at studios, Mary enjoys bringing the yoga practice to schools and alternative learning centers through Connection Coalition. Her belief in starting at the ground level shows by creating connection with young Floridians who are often transplants from other countries simply seeking to be seen. Bridging the gap between cultures and embracing diversity through sharing this practice, Mary seeks to pay it forward, one yogi at a time.

Mary enjoys practicing at home with her three dogs, spending time outdoors, and traveling the world with her husband. Yoga holds a very special place in her heart. “I never felt strongly about anything before I found yoga. I found a sense of belonging in the yoga community that I had never known before. I want to bring yoga to each and every person that feels like they need somewhere to belong.”