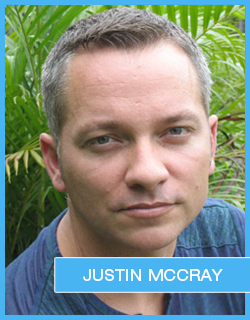 Justin began his life in a very tight-knit family and small community in Northern Florida. Raised with traditional values – love, respect and honesty – Justin’s passion has always been to be a positive influence and of service to others. After moving to Miami, he soon found his way into an industry perfectly matched for his Southern upbringing; hospitality.

Having grown up in a one-stoplight town and farming region, he was overwhelmed by the diversity the city had to offer – not only in its people and their cultures, but also by the variety of activities now available for pursuit. He discovered yoga through his enrollment in a popular South Beach gym and found himself immediately captivated by the power and transformational benefits of a consistent practice.

Justin feels a deep sense of reward and value by providing support and assistance, acting as a resource to others. He now wishes to combine his service career to include the teaching of yoga. “We live in a modern world where we are constantly faced with stresses that hinder our ability to lead a fulfilling life. I want to lead others to a place where these burdens can be released, where they can let go of that which no longer serves them and bring awareness back to the present moment; embrassing a grateful heart”  says Justin.

Thanks to the NamaStacy Yoga Corporation®, Justin will be able to pursue his 200-hour teacher training with Red Pearl Yoga, deepening his understanding of yoga principles, history and spirituality…Paying it forward, one yogi at a time!!