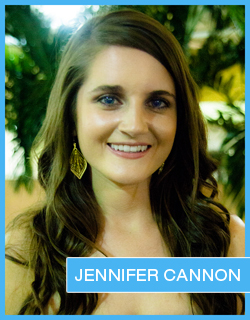 Jenny is a student of life and collector of experiences. After college she packed her car and left her home state of Ohio and found herself in Miami. She discovered yoga soon after through weekly yoga classes that were offered at her workplace. Jenny’s eyes were opened to the mind and body benefits of yoga, and she was quickly hooked. Yoga Tuesdays became her favorite day of the week, and lead her into further pursuit of her practice on and off the mat. She began practicing at Rina Yoga and immediately knew that she wanted to spread the message of yoga. Jenny began teacher training with a 200 hour RYT program through Rina Yoga in Miami, FL which gave her a profound perspective that she now carries with her and shares with anyone who is willing to listen. Jenny strives to constantly continue her education and eventually obtain her 500 hour RYT. Her goal is to awaken consciousness in others and in turn shed her own layers. Jenny is affiliated with Rina Yoga studios and One Yoga Foundation, and teaches corporate and private classes.