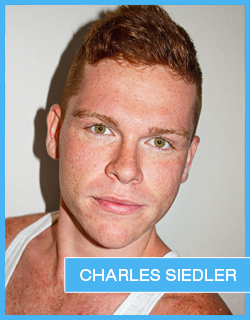 Charles Siedler was born in South Florida.  After growing up in Pompano Beach, he moved to Orlando. While in Orlando, he studied business at University of Central Florida and fell in love with the art of yoga. Taking classes at the university’s health center, Charles continued his practice with breathe work and basic yoga postures. The stillness that yoga brought him kept him grounded during his time in college. When he moved back home to Fort Lauderdale, he continued his yoga practice. The physical and mental practice of yoga sparked his interest, so he started practicing full time at Anuttara Yoga Shala in Delray Beach, FL; eventually taking their 200-hour Yoga Alliance recognized teacher training program to better his own practice. Dedicating time and effort, Charles eventually pursued a career in yoga. He now teaches a traditional vinyasa flow to modern music. He believes that incorporating modern music and pop culture to yoga could potentially introduce people to yoga who otherwise would not try it. Charles’ goal is to show the world what yoga can do for every individual soul, eventually making the world a better place. Starting with helping one student, he believes the whole world could benefit. With the assistance of NamaStacy Yoga Corporation®, Charles is grateful to further his education and continue to pay it forward, one yogi at a time!